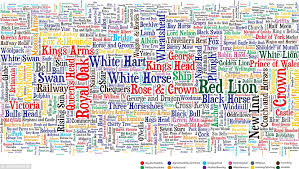 There is a house near where I live called ‘Woodbury’.  Each time I pass it, I think of a childhood home of the same name.  I remember this house vividly, which is unlikely, since I left at the age of six, when my parents divorced.  The details are clear – the swing and the sandpit in the front garden.  The treehouse in the back.  The huge plant bed in the middle that my mother would spend hours weeding, and the lawn, sloping gently to the bottom where the woods started (the faries lived there), that my father would mow each week in the summer, and where I learned to ride my first bicycle – the white one with pretty, pink streamers attached to the handlebars.  I remember our beautiful dog, Belle, a white Pyrenean Mountain Dog, named after Belle and Sebastian, a black and white TV show, popular at the time.  She was rehomed when we left.  I was devastated and remember the sobbing goodbye.  The garage, with the smell of oil from the black Audi of which my father was so proud – and the place where said lawnmower lived – it’s dark green colour and the picture of the horse on its side, bottles of oil and spanners on the shelves.  I remember my mother’s red Spitfire sitting on the tarmacked driveway, and her matching red scarf, which she tied under her chin.  I remember the exact layout of the house – the playroom, which doubled as a sewing room; my bedroom, next to the bathroom – where I locked myself in once during a tantrum about something or other.  My father persuaded me to come out.  I can’t remember how.  The kitchen, where I had to sit one time and finish my peas – I didn’t – I scraped them in the bin thinking no-one would know, until my mother opened it to see the mess.  I remember my father singing along to ‘I Never Promised You a Rose Garden’ while he dried the dishes.  My mother planning our first riding holiday.  The dinner party with my primary school teacher, Mrs Stafford, her husband, and another couple, where the laughter woke me and I padded downstairs in my pink nightdress and was allowed to sit sleepily on my mother’s lap and taste the chocolate gateau they had for dessert.  I remember my parents arguing loudly in the kitchen at night.  They shouted so loudly.  I remember spying on them and seeing my mother beat my father’s chest, after accusing him of sleeping with the lady who lived next door – Felicity.  At weekends my father would play ‘Drag’ with my brother and I… we would lay on the floor on our tummies and each grab an ankle – then he would walk along and drag both of us behind him. It made us laugh until we cried.  I remember my cousin coming to stay.  Where the Christmas Tree used to stand.  And a little sparrow that once flew into the French windows in the lounge, knocking itself out.  Our first colour TV.  My fourth birthday party with the magician that pulled the white rabbit form his hat, and my trauma when he made it disappear again. leaving only a small ivory tuft behind (I imagined it was his tail). The old fashioned telephone table in the hall. The colour of the sofa, the coffee table, the electric fire.  The terrace.  The cat – Mustifer.  The Silver Birch tree, the colour of my bedspread and Donny and Marie Osmond on the wall.
So many little, tiny shards of memories… all from a name. Woodbury.