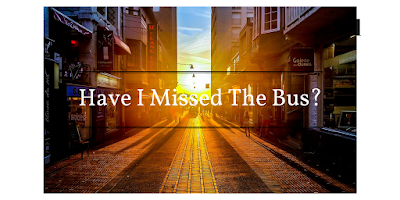 I am struggling. All I feel is that I’m waiting… waiting… and waiting. I’m bored of waiting. And now I’m wondering if I’ve missed the bus; missed my opportunity.

I’ve submitted to ten agents and received, so far, eight rejections. With each rejection, I send another submission and I’ve got another ten on my list. I know I should be doing something else, but I don’t seem able. I want to start pursuing other novel ideas, but it doesn’t seem to be the right time. It’s like I’m suspended on a trapeze, in limbo with the pause button jammed. I’ve honed and crafted that one thing (translation: My First Novel), but now feel I need some direction (translation: An Agent) before I start the next project.

I keep thinking ‘I won’t give up…’ but actually maybe I will – because if I go and find a ‘proper job’, at least I’ll have some money coming in.

I think about it every day. And every day I think I’ll start a new project. Then I decide I’ll take the pressure off, and ‘have a break’. But from what? Aren’t I having a break already…? I’m not writing, that’s for sure! All I’m doing is surfing the net for articles or podcasts about writing, dabbling on Twitter and adding more agents to my list. I’ve joined writing communities, researched how to write my submission letters – changed each one, added new ideas. How long can that last?  I tried joining a local writer’s group, but it wasn’t right for me – too many old thespians doing nothing about their stuff and reading out things I didn’t understand. Oh god, I hope none of them read this. I’m reluctant to go to more workshops, because I’ve attended about seventeen in the past six months and where is my money going?  I’ve built a platform. No point in plugging the website – there’s nothing on there I can sell – and all I tweet about is procrastinating! I thought maybe I could win a competition or two – well, win a place on a long-list perhaps – but that’s not an achievement I’ve succeeded in either.
Six months ago, I was on Cloud Nine. It’s a nice place there – full of optimism and enthusiasm. I was going places, my writing was good, my novel better…  But I’m still waiting. So what the hell does it take to get noticed?

Today, I am dangling from a precipice of said Cloud Nine on a very thin rope. It’s cold. It’s getting windy, and I haven’t eaten encouragement fodder days. It hasn’t yet started to rain, but the sky is grey, and if it does, I may let go, drop down to Cloud Seven or even Six and see what that has to offer.