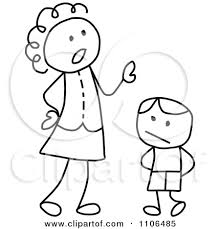 I overheard the following conversation in a café recently, between a mother and her young child of about seven years old.
Child (whisper):  “Muuum. Mmmm mmm mumble mmm mumble”.
Mother (loud): “Well Johnny, you know what you need to do?  Next time he says that you need to bash ‘im and bash ‘im, and then punch him on the nose, and then whack ‘im in the ear’ole.  And then another punch in the stomach for good measure.  And then he won’t do it again.”
The child responded by shoving part of a sandwich into his small mouth.  I avoided looking at the woman and suddenly became a bit nervous, and in a hurry to pay and get out.
I found myself slightly disturbed.  Whilst it’s one thing to teach your child to defend itself, stand up for him/herself, it’s quite another to encourage, and in this case, tell your child to be violent.  Couldn’t this just exacerbate the situation?  Does the mother know what the boy will be getting into if he starts a fight?  Is it worth the risk of one or more children actually getting harmed?  All the parents getting involved?  Maybe ongoing legal action, stress, and the ensuing hatred and personal vendettas that might evolve.
I am childless myself, so I probably have no right to an opinion really since I know no better about parenting than a real mother.   But I just can’t help feel that this is one of the things that is wrong with the world right now.  Our kids are exposed to too much violence – as if there isn’t enough in all those computer games they constantly play.  I don’t know anything about those either – and I’ve never played one – but something is wrong about all of this killing-culture.
What should the mother have done instead?  I don’t know – I’m not parent guidance councillor after all – I have no right to judge – I’m just sharing the fact that overhearing what she said disturbed me a great deal.  I wish I could have overheard something else like – “If you get a better results in your test next time I’ll take you to Chessington World of Adventures”.  You know – something encouraging a child to work hard, learn and eventually make the best out of life.  That would have made me smile. And you know what they say about that.