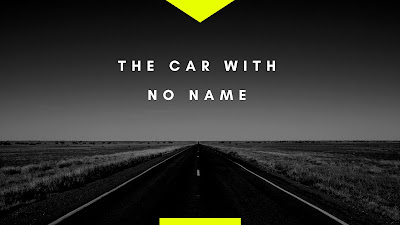 I was eighteen when I passed my driving test, the first time.  Which is more than I can say for my motorbike test (third time) and my HGV test (fifth time).  That day was joyous.  I remember distinctly that I drove straight over the middle of a mini-roundabout without realising, and hoped that the instructor didn’t see. I did look to my right to see what I was crossing, and I imagined he might have thought that I was checking for traffic.  Anyway, I passed, so perhaps it was only marked as a minor fault.
My father was so pleased with me that he bought me a new car!  A white Ford Fiesta, with colourful, horizontal stripes.  It had no headrests, wing mirrors and only four gears.  We put a sunroof in the top and spotlights on the front, and I pretended it was an XR2.  It took me all over the UK, along with my new found freedom.  Up to the Lake District with four other teenage girls, when we got stuck up a hill so steep, the 950cc engine couldn’t quite manage, and I had to reverse it back down the S bends until I found a place wide enough to turn around.  A midnight flit down to Brighton, to my friends bedsit; but when we arrived, she told me she had forgotten the front door key and we had to recline the seats for our sleeping arrangement that night.  A couple of £1 ferry trips to France (booked with the London Evening Standard) with my young boyfriend and another twenty-something couple.  We filled the tiny boot with cheap wine and frogs legs.   A trip to the Dordogne with my mother – we navigated the roads with a real map and drove on the right like pros… at least I don’t remember any mishaps.   We toured the area and found fabulous markets and a beautiful local lake where we swum.  But I have no memory of the return drive.  The time it broke down on the M1 somewhere between Sheffield and London at one in the morning.  I was twenty-one, alone and afraid – and it taught me never to be without breakdown insurance.

That little car was with me for about eleven years when I eventually part exchanged it for something bigger and more modern (a grey Mazda).   I wish I’d thanked it for all the freedom and adventures it helped me achieve, the lesson it taught me, the good and bad times it saw me through.  It really helped me get from A to B and a whole lot further.  Thank you Ford Fiesta – I’m sorry I never named you.